Visitors to the Petrified Forest National Park in Arizona, known for its beautiful views and unique deposits of fossilized and petrified trees, are asked ahead of time to leave rocks where they are. Some folks, however, can’t seem to resist and take a small chunk of petrified wood home with them from the park. While they probably look great on a mantle or in a curio, more than a thousand people who’ve taken pieces of these fossilized trees from the park have actually sent them back–some along with letters citing attacks of conscience or tragedies big and small. Is it a curse? The site Bad Luck, Hot Rocks is chronicling these cool rocks and the people who couldn’t bare to keep them.

Deaths in the Family, Kidney Stones and Plane Wrecks 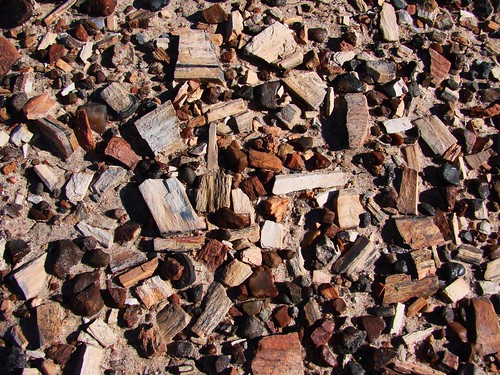 While many of the letters simply ask park rangers to return the souvenirs, some claim that the rocks have had real negative consequences in their lives. One letter cites a trail of tragedies big and small: kidney stones among family members, a dead dog, home evacuations and even car trouble. The letter claims that all of these things started occurring as soon as they brought the rocks home. Another letter is written by a woman who claims that her husband died in a plane crash one year after stealing the rocks–in an accident near the Petrified Forest National Park. The curse isn’t new either, with the first letter in the collection dating all the way back to 1935.

Stories of bad luck associated with the petrified wood have spread. Many conscience letters now make claims to bad luck, but are written by surreptitious rock-thieves who hope to stave off dead pets, broken vases and break-ups in the family. Some are written by children whose parents have forced them to do the right thing, while others include specific directions to take the petrified piece back to the exact spot it came from. Whatever the case, one thing is abundantly clear: don’t steal the rocks from the Petrified Forest National Park…or else!